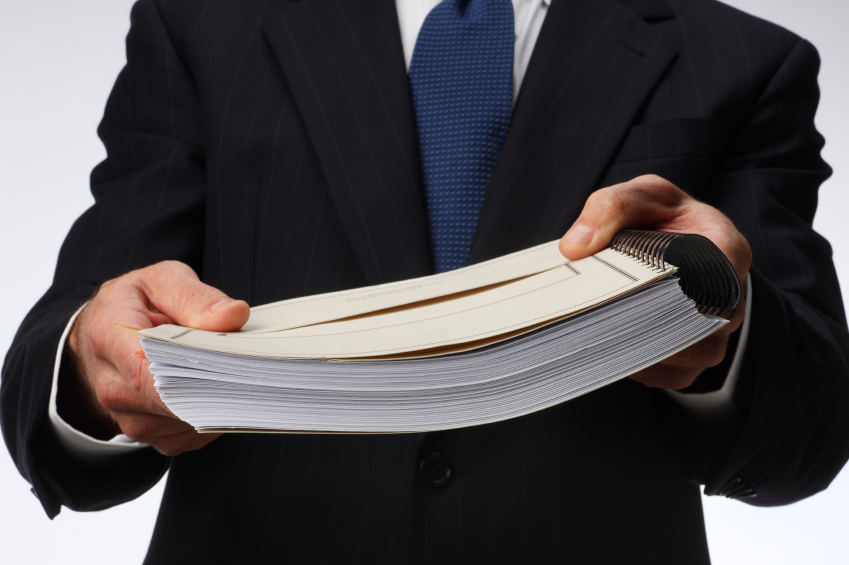 Lead Investigator views unedited video footage, interviews the dog’s trainers and evaluates the dog – finds the video released in the media was edited and misleading. The Investigator concluded that a conditioned fear-response or long-term psychological  trauma from this event is unlikely. All the dogs in the movie were treated well, with care and respect, and safety precautions and protocols were continually practiced and observed.

American Humane weighs in on “A Dog’s Purpose” 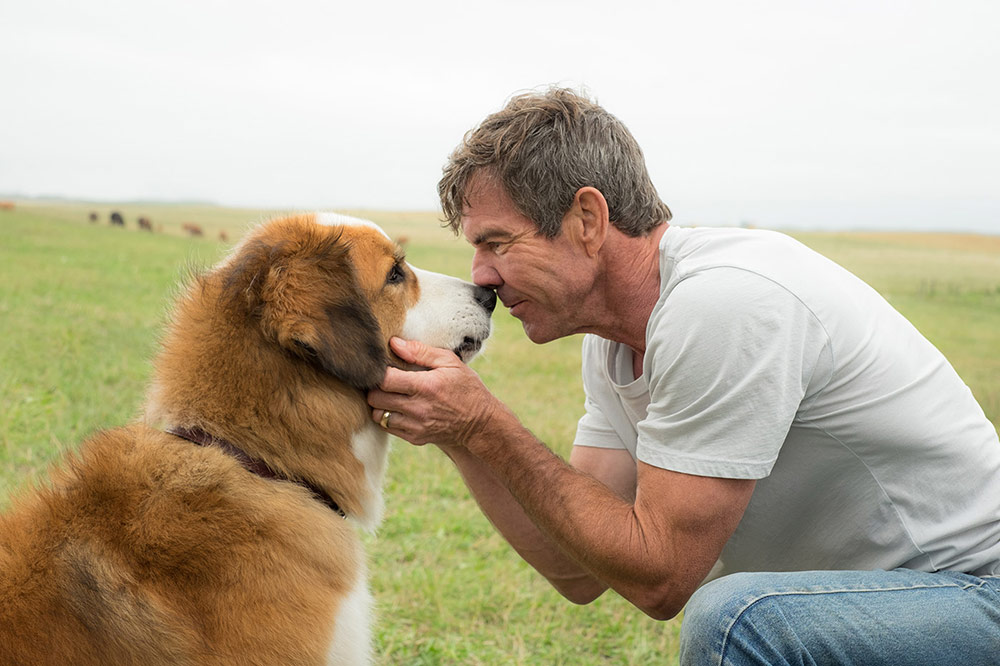 This guest column by Robin Ganzert first appeared on Variety.com

American Humane was responsible for monitoring the animals used on the set of “A Dog’s Purpose.” Below, CEO Dr. Robin Ganzert responds to the  controversy.

The film “A Dog’s Purpose,” based on W. Bruce Cameron’s bestselling novel of the same name, follows the spiritual journey of a devoted dog who explores the meaning of life through his special bonds with the people he loves and protects. Unfortunately, the beautiful story opens at the box office this weekend mired in controversy stemming from the release of an edited video manipulated in an effort to mischaracterize the  behind-the-scenes treatment of the film’s four-legged stars.

This misleading footage, first shared by TMZ last week, depicts a German shepherd who appears to show signs of resistance to entering a pool of water.

People for the Ethical Treatment of Animals (PETA) swiftly called for a boycott of the film, and has since continued to exploit — and further sensationalize — the controversy as an opportunity to argue that the animal actors who enchant and educate audiences don’t belong on the Silver Screen. The organization is also leveraging the high-profile incident as ammunition in an attack on American Humane and the integrity of our “No Animals Were Harmed” certification program, which monitored “A Dog’s Purpose” and supervises the treatment of animals on an average of over 1,000 filmed media productions every year.

Upon viewing the TMZ video, American Humane immediately launched an independent, third-party investigation. The preliminary findings and eyewitness reports indicate that the footage was misleading and edited. In fact, evidence supports the finding that the two scenes shown in the manipulated video were filmed at different times. Production stopped after the dog showed signs of stress and the dog was never forced to swim in the water against his will.

The ongoing investigation also confirmed that a full spectrum of rigorous safety measures was in place to protect the dog throughout this particular scene. In addition to one of American Humane’s Certified Animal Safety Representatives, five individuals—including scuba divers and animal handlers — were present on the set at the time to ensure the safety of the dog. During the last take, handlers immediately assisted the dog out of the water and placed him in a warming tent, where he received a medical examination  that found no signs of stress. Eyewitnesses report that afterwards, the dog wanted to go back into the water, but out of an abundance of caution, American Humane refused to allow the shooting of any additional scenes with the animal that day.

Other parties involved in making the film have described an environment on the set, under American Humane’s supervision, of consistently responsible animal care. In a Jan. 23 op-ed, Gavin Polone, a producer on the film, called the edited footage “highly misleading” and stated that “the dog was NEVER forced into the water.” According to Polone,  after shooting the final scene, the dog “shook off and trotted around the pool, unharmed and unfazed.” Ultimately, he asserted that the “dog in question was unharmed.” Elsewhere, the producer again asserted that he “never saw, in any way, the animal handlers stressing out the animals” and wants to “show people that this dog was cared  for.”

Actor Dennis Quaid, who stars in the movie, echoed the same sentiment. “I know my experience when I was on the set that the dogs I worked with and the donkey were treated with the greatest respect and care and compassion,” Quaid explained on “The Ellen DeGeneres Show.” In another appearance on “Today,” Quaid said that “absolutely no dogs were harmed.”

The problem is, for PETA, ensuring that “No Animals Were Harmed” isn’t sufficient. Instead, according to Ingrid Newkirk, president and co-founder of PETA, the radical organization seeks “total animal liberation.” That goal includes the abolition of everything from meat, milk, and cheese — even honey — to wool clothing and down pillows. The group also condemns many practices in which humans and animals work together. For instance, PETA “oppose[s] most seeing-eye-dog programs,” and compares the existence of working dogs to “lives of servitude.” PETA even takes issue with pet ownership, which it calls it a “selfish” institution that “causes immeasurable [animal] suffering,” according to its website. The group is opposed to no-kill animal shelters, and stunning public records   show that PETA has euthanized more than 34,000 cats and dogs at its facilities in Norfolk, Virginia, since 1998, including allegedly healthy pets suitable for adoption.

Given PETA’s  radical positions — and actions — the organization’s absolute opposition to animal acting in filmed media comes as no surprise. A PETA spokesperson reportedly told The New York Times that the “organization believe[s] that live animals should be removed entirely from movies and television.” This loss would be a shame: There is a rich cinematic tradition of animal acting in film production, bringing us poignant narratives that foster empathy and respect for animals among audiences around the world. The examples are countless, from the sweet human-bond celebrated in “Old Yeller” (1957) to the unconditional love portrayed in the classic family-favorite “Lassie” (1994).

In an op-ed in the New York Daily News, Newkirk suggested that “with all the cutting-edge technology now used by innovative filmmakers” the days of animal acting “are finally coming to an end.” That’s simply not the case. For one thing, while impressive, modern techniques, such as computer-generated imagery (CGI) cannot possibly replicate the depth and emotional range of real dogs and other animals. Financial expenses are  also an issue: As Polone explained in the op-ed, using technology to replace live animals in movies like “A Dog’s Purpose” is “impossible,” due to “astronomical” costs that would render most projects “economically unviable” before they would even get off the ground. Polone estimates that making “A Dog’s Purpose” with CGI, instead of real dogs, would be four to five times more expensive, requiring a budget of upwards of $110 million. In other words: Without animal actors, our favorite furry, feathered, and finned movie stars might disappear from Silver Screen altogether.

Of course, featuring animal actors on screen should never come at the expense of their welfare behind the scenes. The mistreatment of animals in media productions—or any other environment—is always unacceptable, which is why American Humane is dedicated in our work to ensure that “No Animals Were Harmed” in the making of film and television. This is and has been our mission for more than 75 years and we will continue our efforts  to build a more humane Hollywood—something necessary to protect not only animal actors on sets, but also the future of the beloved films that remind us all to love and respect all the creatures of our world. 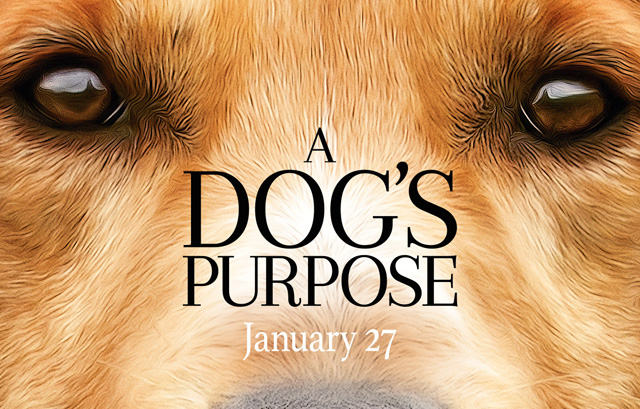 Another Emmy for a Birds and Animals involved show 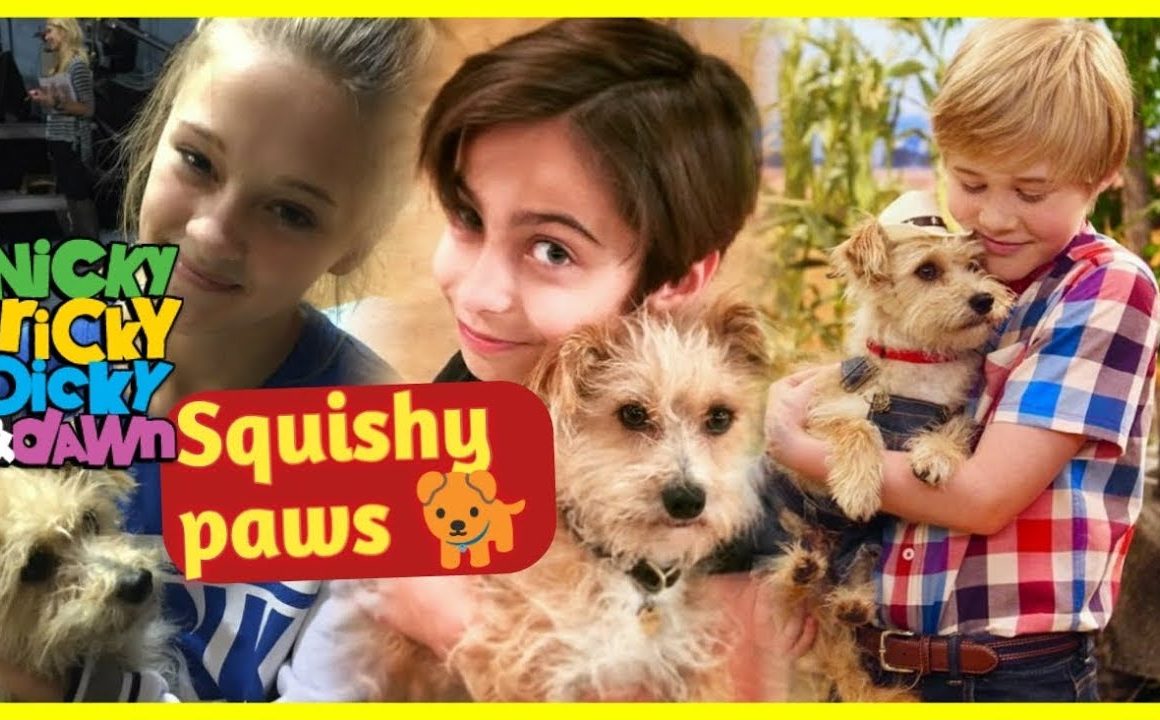 Birds and Animals is proud to have trained Carson who played Squishy Paws in “Nicky Ricky Dicky & Dawn“.

Carson shows the Emmy won for Outstanding Cinematography For a Multi-Camera Series in 2016. 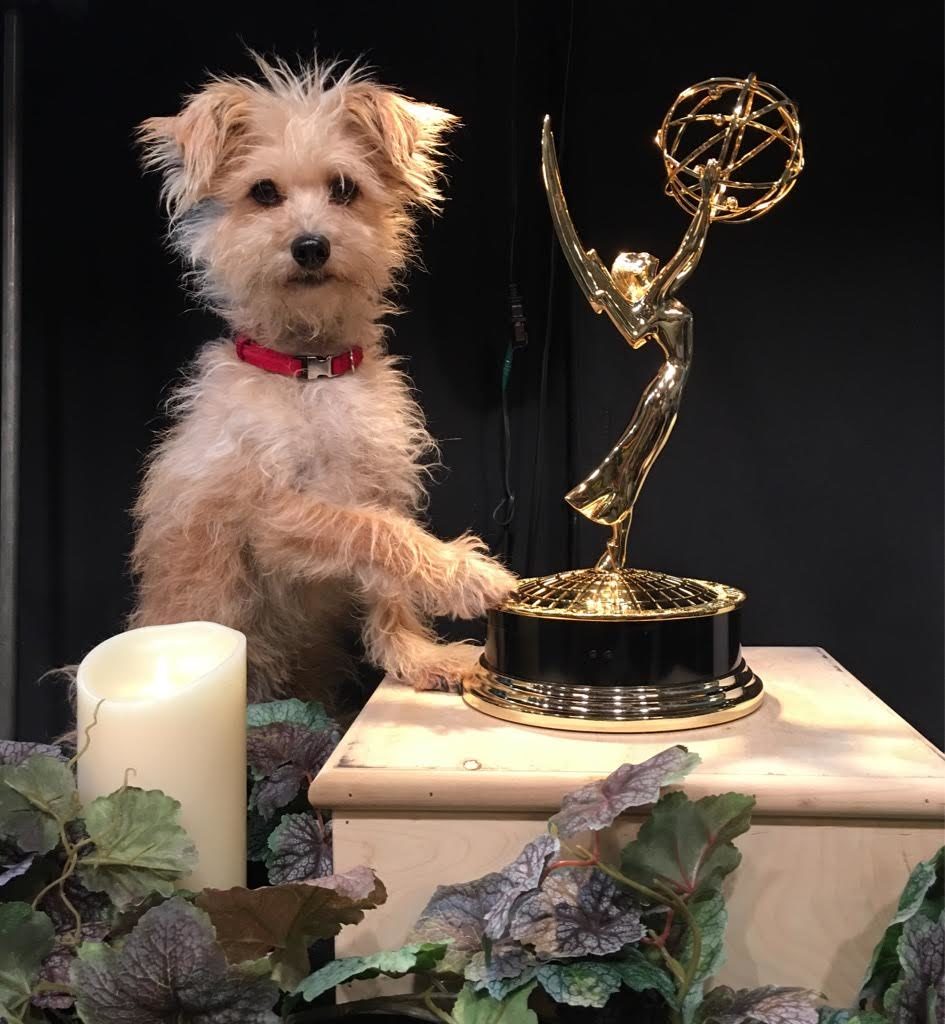